Burn After Eating by Karma Sauce 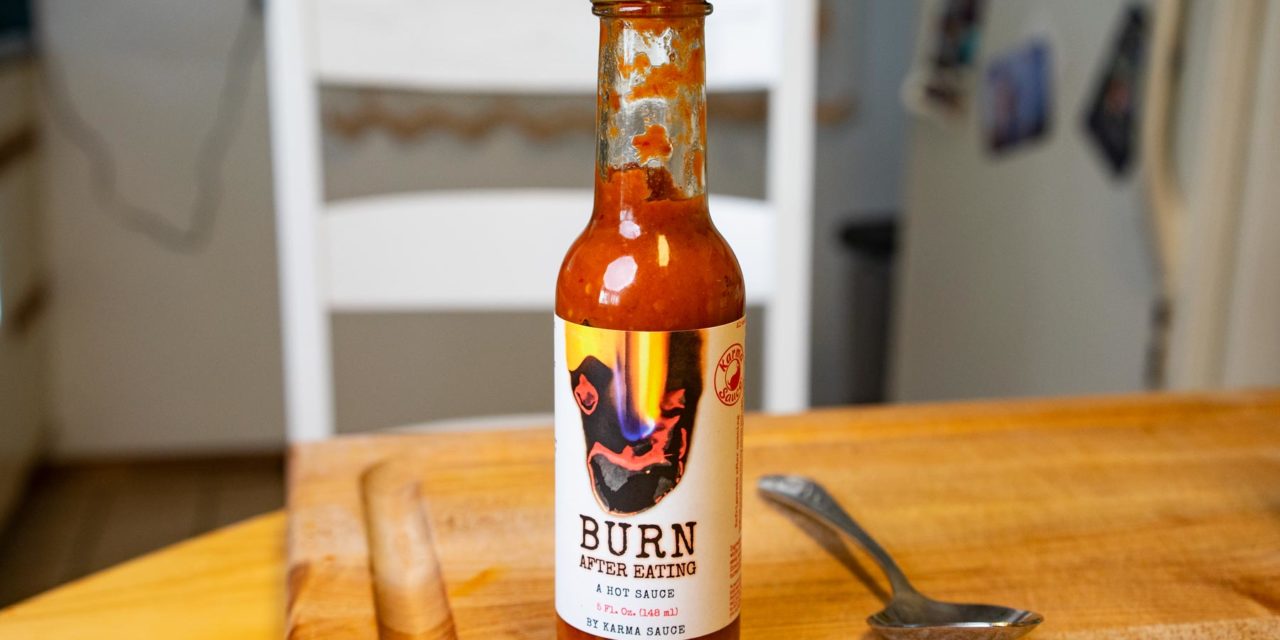 Burn After Eating by Karma Sauces is a surprisingly complex sauce that brings a hefty amount of heat, and even more flavor. It’s rare in this realm of super spices sauces to find a sauce that isn’t just novelty heat value. This sauce bucks the trend, brings an amazing zippy flavor that lingers alongside a mysterious spice profile.

This is a tactic that might have worked a couple of years ago, but with so many peppers (and more being created) above the 1,000,000 scoville number it’s hardly necessary to make a super spicy sauce these days. That’s where Burn After Eating by Karma Sauces separates itself from the pack. The genius’ over at Karma Sauce mixed together some unholy alliance of Ghost, 7 Pot Primo, Scorpion, Reaper, and 7 Pot Brown and it really works.

“This sauce requires top level heat clearance. Consider yourself warned. You will regret this experience but you have no-one but yourself to blame. Run!”

Also on the label – Handcrafted in small batches at a lab so secret that you would never suspect a thing if you walked by it (except for the flames).

*A secret blend of the worlds hottest peppers that may contain: Ghost, 7 Pot Primo, Scorpion, Reaper, and 7 Pot Brown. We could tell you the exact formula but then we’d have to kill you. The burn of this sauce may kill you anyway but that’s on you.

Loving these words, the perfect mixture of comedy and forewarning of what’s to come.

Watch the video, you’ll see how much I love the way this smells. I think a large factor here is that this sauce is unlike anything I’ve smelled before. There’s a hint of spice in there, but unlike other super spicy sauces it doesn’t really smell like it’s going to kill you. This is more of a spice in disguise which is super intriguing. There are a handful of spices in there that are new to me. ajwaim seed has a bitter and pungent flavor, which you can taste and smell in this sauce. Amchoor is powder made from dried unripe green mango and it brings along an amazing citrus smell and flavor to Burn After Eating. This smell of this sauce is complex and compelling, reminding me of summer time barns, indian food, citrus zest, and a whole bunch of other smells too complicated for my small little nose.

Yes, it’s hot. Let’s get that out of the way, it’s definitely a burner, thankfully there isn’t a boatload of reaper in here so it’s a manageable level of spice. It is an astounding spice, whatever the combination of peppers in here is, it moves across the mouth in a really lovely warming way. It’s not a sharp spice, but more of a gentle warming akin to a ghost pepper sauce but with more oomph. The truly astounding part of Burn After Eating is how it tastes. There’s a distinct citrusy flavor, that is such a relief from the standard cumin and garlic that’s often used in the super spicy sauces. The flavor lingers too, it’s not fleeting. It comes in waves in between the burn from the peppers, but it never really fades away, I love it.

This is a great sauce. Really a prime example of how super spicy sauces can be flavorful, not just spice bombs. Should you go out and get a bottle? Yep, I think you should, it’s unlike anything else I own, and it’s something I’ll be reaching for all summer 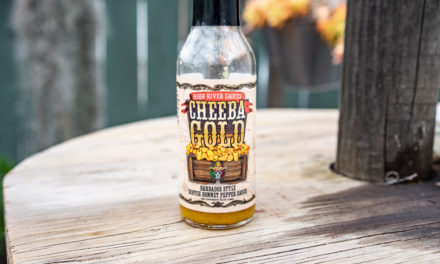 Hot Ones Eye Of The Scorpion Hot Sauce Review 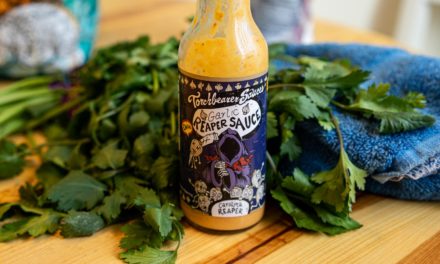 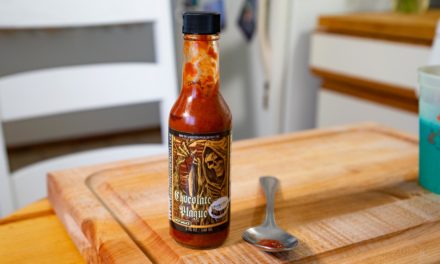